Window To The World

Kansei Design Toyota - CIID (2011)
Overview
Imagine when a journey from A to B is no longer routine as your car in the near-future encourages a sense of play, exploration and learning. 'Window to the World' re-defines the relationship between passengers in a vehicle and the world around it by transforming the vehicle's windows into an interactive interface. Using augmented reality, what used to be a panel of glass, begins to provide passengers with information about landmarks and other objects as they go past. The window can also be used as a canvas for drawings, which then interacts with the passing environment.
Concept prototype
Five different concepts were prototyped:
• Drawing in Motion: using the car window as a canvas, passengers can draw, using their fingers, and see the images integrating with the outside world as the vehicle moves along.
• Zooming into captured moments in time: the window becomes a screen for passengers to zoom-in on outside objects to see it in a brand new perspective.
• Translating the world in a local language: passengers are exposed to new languages and cultures as they can select elements outside the window and receive a real-time translation in a local language.
• Augmented Distances: pinpoint landmarks in the distance and the window will augment the relative distance to the car on the window surface.
• Virtual Constellations: the car's panoramic roof displays virtual constellations and information about them with the actual sky as a background.

Exhibitions
Two prototypes of “Window to the World” were exhibited at “Our Future Mobility Now”, an exhibition organised by the European Automobile Manufacturers’ Association (ACEA) at the Autoworld Museum in Brussels, Belgium. Two more prototypes are permanently installed at Toyota's showroom in Paris. 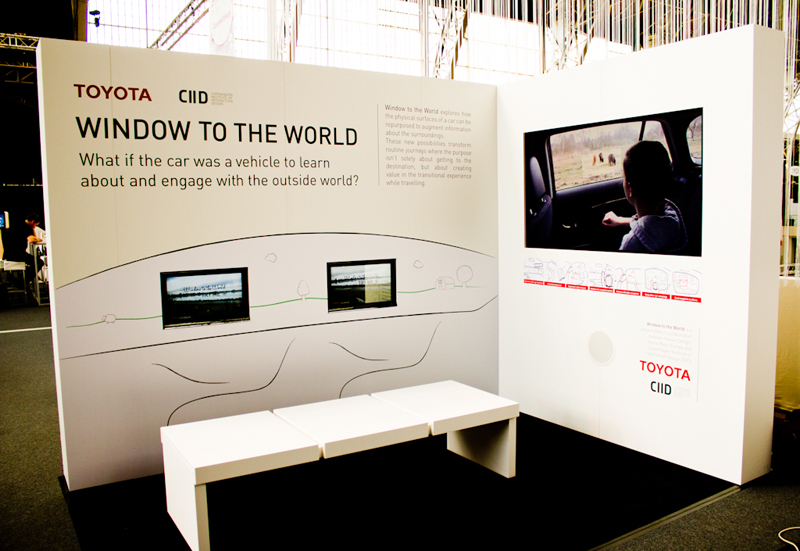 The process
The objective of the collaboration between Kansei Design and CIID was to support an ideation phase and develop concepts focusing on new experiences enabled by the car. The concepts needed to be in line with Toyota’s corporate value and embody Japanese Culture.
During the project, CIID went through a rapid and iterative design process, where the focus was not solely on creating concepts that were strong in terms of visual aesthetics but rather on creating experiences that were meaningful in nature, as well as elegant solutions.In this project, the process was equally as rich as the final solutions. Each stage of the process played an important role. The inspiration and user research gathered in the initial stages of the project supported the concept generation, igniting ideas and giving depth to the solutions. The concept generation phase facilitated a collaboration not only between CIID and Kansei Design, but with other designers and engineers from Toyota Motor Europe. This exchange of ideas meant the concepts were diverse in nature due to the cross-discipline perspective of the people involved. 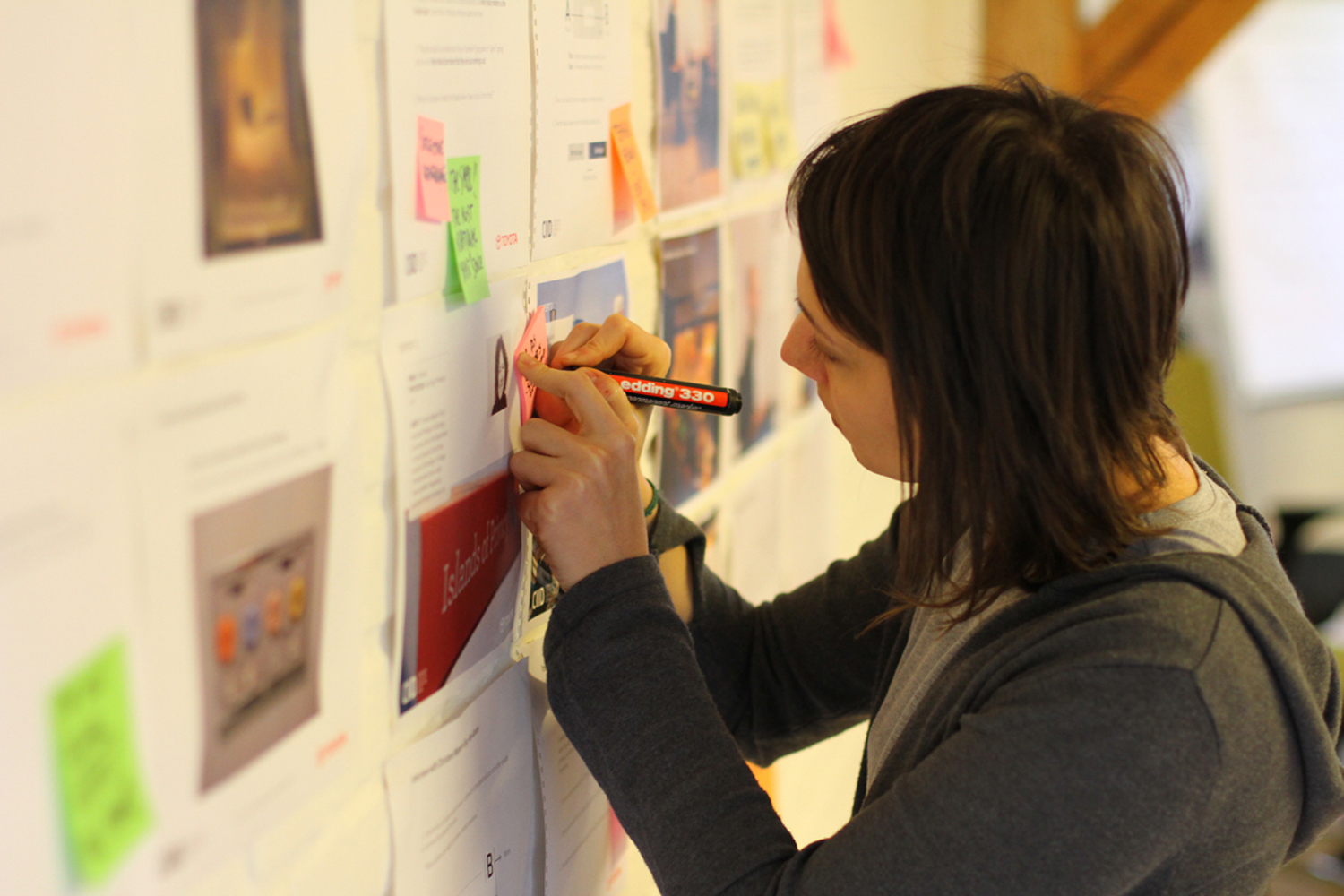